I don’t know if this is a surprise, but I’m pretty shy.  I used to struggle with public speaking (and still do sometimes if I have no prep time), I still sometimes struggle to speak up in a group situation, but I am conquering my fear more and more.

I was recently asked to speak at an economic summit, it was public and would be filled with high profile industry & community leaders and politicians.  I was told I had 10 minutes and I was asked to speak about the role of women in the rural economy.  I was so scared.

While I am not as petrified of public speaking as I used to be, it’s not something I think I am good at, nor does it come naturally to me.  I have watched people get up on stage and speak for over 40 minutes with no notes, and keep their audience engaged, amused and informed- this is not me.  If I speak in public I need to have a written speech that I’ve practised 10 times.  Despite this I got up on stage and I did my speech- and I’m not ashamed to toot my own horn- I’m proud of myself!

I’ve decided I am not going to let my self doubt get in the way of saying what needs to be said.  When you have something to say, if it means enough, you can conquer your fear and say it.

No I will never have a job as a public presenter, but I’m okay with that, as long as I have the guts to get up when I need to.  And I’m finding the more I speak in public, the easier it becomes.

One thought on “When you have something to say” 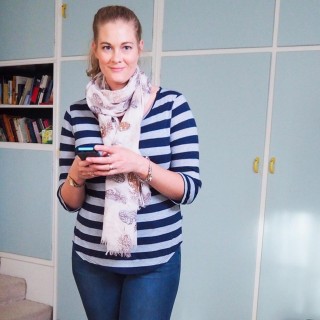 The “rates, roads and rubbish” tour with @cityofgreatergeraldton Community Voices project #ratesroadsandrubbishtour
Obligatory certificate picture with 2 of my naturally photogenic kids 😅👌🏼 #mumlife
Daily earring spam! Love these sweet little flowers #earringaddict
What a crazy evening! A house with its roof blown off, trees across the road (and ensuing chainsaw deliveries), a spot of rain and lots of lightning. Love this crazy weather ⛈ ⚡️🔥💨 #summerstorm #farmlife #rurallife #thisisAustralia #justanotherdayinWA
I absolutely love my old @zonktdesigns top. This was my first slow fashion investment and I treasure it! Plus I always get asked where I bought it from. Joining in with #prettyinpastel for #agoodlittleteachstylechallenge #summerstyle #teacherstyle #preserviceteacher #preserviceteacherstyle
Day 6 of prac I’m ready for you! I’m attempting the #agoodlittleteachstylechallenge (today is midi skirt) but adapting it for windy day in Geraldton! #teacherstyle #preserviceteacherstyle #summerstyle #realmumstyle #littlepartydress
A relaxed Saturday with my family is EXACTLY what I need this weekend! After not seeing them for almost a week, spending some family time is👌🏼 Also, I’m loving these sweet @shapeshiftdesigns chameleons 😍 the perfect fun accessory for a movie and dinner date with my boys! 👩🧑🧑👦🧔. . . . . . . . #earringaddict #mumlife #studylife #summerstyle #earringsoftheday #ootd #mumstyle #realmumstyle #summerstylefile
Love these sweet little koalas from @shapeshiftdesigns 🐨 😍
😍 My last ever first day of kindy for my kids (and I missed it), my last baby off to “big school”. I had a tear in my eye driving into town today I’ll admit, though we all know I’ll be thankful for kindy days soon enough! #boymum #kindy #firstdayofschool #firstdayofkindy #loveoflearning #teachersrock
Charlie’s first day of school! Also the first (but not the last) time I’ll kiss my babies and wave bye, missing their first day of school 😢 #mumlife #teacherstyle